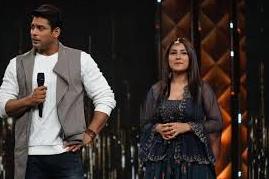 Bigg Boss season 13 has become the most successful season in the history of Bigg Boss series.

Though the show is over but the super hit couple Siddhart Shukla and Shehnaaz Gill are still heartthrobs of many fans.

Recently the couple was seen in an award show and since the fans have gone crazy about the couple on screen presence.

Recently an announcement was made that SidNaaz will feature in Darshan Raval’s music video.

The title of the song was released and with no time the title “Bhula Dunga” started trending on Twitter.

Sidharth Shukla took to Instagram and announced that “Bhula Dunga” with Shehnaaz will release on 24 March 2020 on Indie Music Label Youtube Channel.

We wish Siddhart and Shehnaaz best of luck for the new release.

» Qurbaan Hua: Chahat touched to witness vulnerable side of Viyas