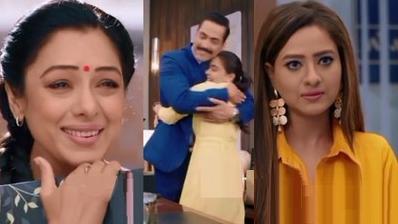 Star Plus popular daily soap Anupamaa is up for interesting twist and drama.

Vanraj lashes at Kavya for creating drama at Shah mansion and warns to keep his family out of it.

Kavya is super irked as Vanraj choose to support Anupama and lashes at her, here Pakhi is excited for her birthday.

Pakhi wants her birthday to be grand and asks Vanraj to celebrate it as they used to each year.

While here Kavya has a plan in her mind, Kavya is all set to throw a lavish party for Pakhi's birthday.

Kavya and Vanraj's trap for Pakhi

Kavya isn't only throwing the party, but she is actually playing the game where she wants to defeat Anupama.

Kavya plans to keep Vanraj and Kavya busy in her party and ignore Anupama's party and will manage it to some level.